Is a portable hot tub the right choice for you? 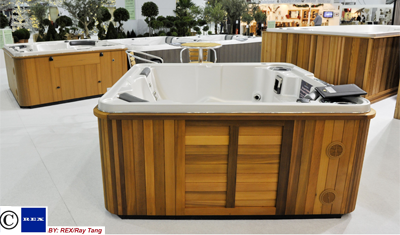 There are many benefits to choosing a portable hot tub. Find out what they are and decide if this option is right for you.

If you don’t have the cash to make a major hot tub investment yet still long for a little R&R after a hard day of work, a portable hot tub may be the best option for you. Many customers consider a portable spa easier to set up and maintain compared to an in-ground tub, and the cheaper price tag certainly doesn’t hurt.

There are a few differentiating factors that can help you decide between a portable or in-ground spa:

Now that you understand the basic differences between a portable and in-ground spa, it helps to clear up some of the most common portable spa myths “circulating” today:

A basic “spa-in-a-box” may start as low as $949. Sturdier two-seat spas with 110 V electrical requirements may start at $3600. While in-ground spas have their advantages, a portable spa may be your best bet if you’re looking for a cheaper alternative and aren’t ready to commit to a permanent hot tub fixture in your home.